A freshly minted one-hundred-dollar bill passed into the hand of Sister Thérèse DelGenio, a social worker at Our Daily Bread. Her look of surprise was met with a simple explanation “Well, you helped me.”  Generosity appears to be contagious, as Tracy Caylor pays it forward, donating his hard-earned cash to help buy bus passes for others in need.

Less than a year ago, Tracy was on the other end of this exchange. Referred by someone on the street in Over the Rhine, Tracy first started coming to Our Daily Bread for the free meals. Released from prison in April 2017 and living in a temporary transitional housing program, Tracy sought stability in a world where ex-offenders continually struggle to find the resources they need to connect back into community.

At Our Daily Bread, Tracy found stability working with both Sister Thérèse and social worker Pam Lewis. The bus passes he received helped Tracy find and keep a job at a Wendy’s in Norwood—a job Tracy says he wouldn’t have been hired for if the manager, Ms. T, hadn’t given him a chance. From the job at Wendy’s, an apartment within walking distance soon followed, allowing him the opportunity to save money. Pam asserts, “he was great to work with because he was willing to do the leg work to help himself. He worked just as hard as we did for him and he did everything in his capacity to succeed.”

Tracy’s successes now include a new apartment back in his hometown of Eaton, Ohio; a job cleaning a bar twice a week; and another job working for his brother at Papa John’s, making and delivering pizzas. With the help of his brother, he also purchased a car, which he drove down to Our Daily Bread (on his day off) to pay a visit to the people that helped him get back on track.

According to Sr. Thérèse, Tracy was always appreciative, faithful and positive, “ODB staff was a lifeline for him, no matter if he was down in the dumps or doing well, he would come in and touch base with us and he maintained a relationship with us. He would come back to show us whenever he was making progress. The fact that he saved some money and gave it to us so that we can help others the way we helped him is inspiring. He is truly paying it forward!”

Tracy would also like to thank The Hamilton County River City Correctional Centerand The EXIT Program for doing everything they did to help him.

Tracy is living proof that it takes all of us, working together, to build a better world. Sometimes, we need help and sometimes, we are able to help others. It is our connection to one another that truly matters. 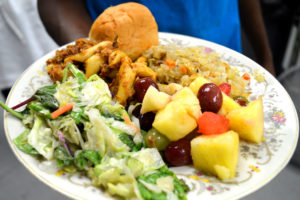 10 ways to fight hunger in your community

September is Hunger Action Month, a month dedicated to taking[...] 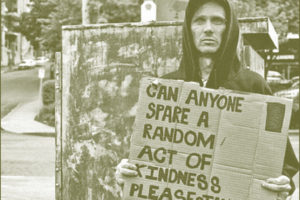 Today is National Random Acts of Kindness Day!  At Our[...] 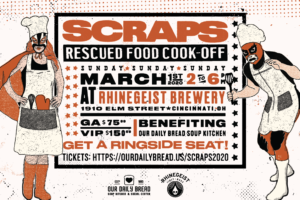 CHECK OUT OUR 2 MINUTE VIDEO ABOUT OUR UPCOMING FUNDRAISER[...]

Between prizes, matching funds, and the option to make your own fundraiser page to share (or join a team!), we’ve built in plenty of motivation to participate in this fun campaign.
Funds raised through #Bread4Bread go straight to Our Daily Bread’s operation of feeding people and reducing food waste.
Join us!